Relics of the Bosnian War


﻿ Our hostel  owner in Sarajevo was a survivor of  the Bosnian war in the 90s and he offered a daily tour of the sites that helped tell the story of his experience.  We had arrived at the hostel at around noon after an overnight flight from the states so our group was exhausted.  On a whim we asked him if he could recommend anything for us to do that afternoon and he offered to take us – it ended up being one of the most amazing experiences of the trip.  (PS. If you are wondering, the name of the hostel is SA Hostel - I highly recommend you stay there) ﻿
﻿

﻿
Our group of four, along with two Australian guys from the hostel piled into two cars, one driven by our hostel owner and the other by his adult son, Jan. We then set off at break neck speeds for the hills surrounding the city which we would later find out made up most of the Serbian line during the siege of Sarajevo. Our first stop was the ruins of the former 1984 Olympic village – now covered in graffiti and bullet holes.

﻿After stopping at the old bob sled track, which had served as a make shift trench during the war, and the old Olympic chair life we followed our guide up to see some of the old bunkers. During our walk, Jan told us many of the stories his father had shared with him over the years. Jan himself was only 6 months old at the end of the war, but you could tell by the way he talked that he still held his country’s war as an issue very close to his heart.  Some of the stories were very obviously painful to his father, and Jan would give the older man time to step away and hide his tears before finishing. 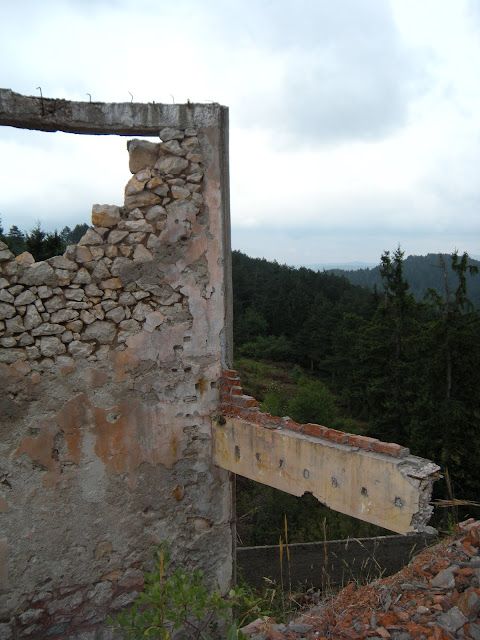 Once we got to the bunkers, Jan told us about how the Bosnian ‘soldiers’ had fought. Most of them hadn’t really had a choice, they had been drafted by a knock on their door and told to fight for their city. No uniforms, no weapons, no rations. Jan’s father had grabbed a knife from his kitchen and headed off to war. Jan and his mother stayed home every day listening to the sounds of bombs and wondering if he was still alive. Jan’s father never knew if he had a home to return to at the end of the day.
﻿

﻿ During our walk we saw lots of yellow tape indicating the location of a potential mine. This tape meant that the mine clearers had not yet gotten to this area. Lind mines are still a huge problem in many areas of the war (I had learned a lot about the issues surrounding mines on my trip to Cambodia earlier that summer). Still, over a decade later, people still die from hidden mines in these hills while trying to collect wood or climb off the path. Jan’s father showed us how he checked for mines so that he could identify them and hopefully save someones life. As he prodded the ground with a stick, Jan quietly suggested that we keep moving in case he did accidentally hit a mine. Jan left his father exploring an old bunker as we continued up the hill.﻿﻿
﻿

﻿ ﻿﻿At the top, we had a view of the entire city of Sarajevo. The same view that the Serbians had during the war. Jan told us that in the 90s, a CNN crew had interviewed a Serbian leader on that hill and asked what they were doing watching over the city. The leader answered that they were trying to protect Sarajevo and the CNN interviewer asked “then why are your weapons facing towards the city?”

On the way back, Jan called to his father that it was time to go and he rejoined our group. In his search of the bunker he had found several old bullet casings and an old coffee pot. If you visit Germany, Cambodia or other sites of famous and tragic wars you will find that most sites are now parts of war tourism. Carefully curated exhibits tell the stories of the lives lost – but also provide a sense of distance. You feel as though you are in a museum. Here on the Sarajevo hills, the war is still very recent and everything still remains much as it was in the 90s. Shell fragments and bullet holes still lie in plain site. There aren’t any plaques telling you why or who… today it was just Jan and his father’s memories. It made the entire experience very real. 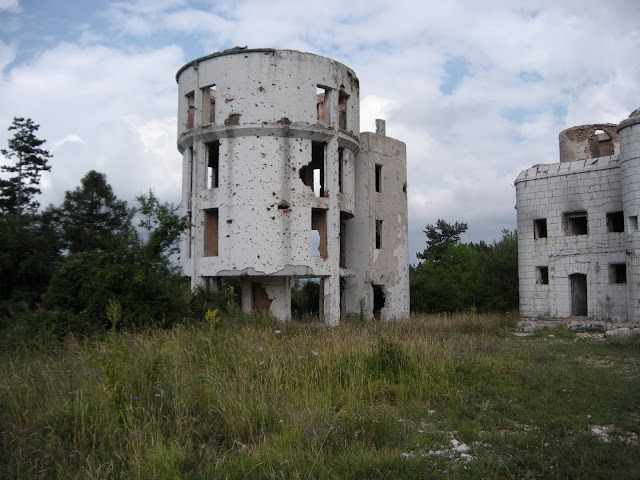 After walking through some more front line ruins, and carefully viewing an active mine field our guides showed us some of the larger pieces or mortar that they had found in the past years. He told us stories of the friends he had seen die in front of him and the strangers he had watched suffer. If you visit the few official sites of war tourism in the city, you will see over and over stories of how the people fought for Sarajevo. But, here in the mountains surrounded by old ruins, our guide told a different story. He said he fought not for his city, but for Jan and his family. He told us that if it ever happened to us we should leave “just leave, take your family and run.” With that we silently got back in the car and drove back. 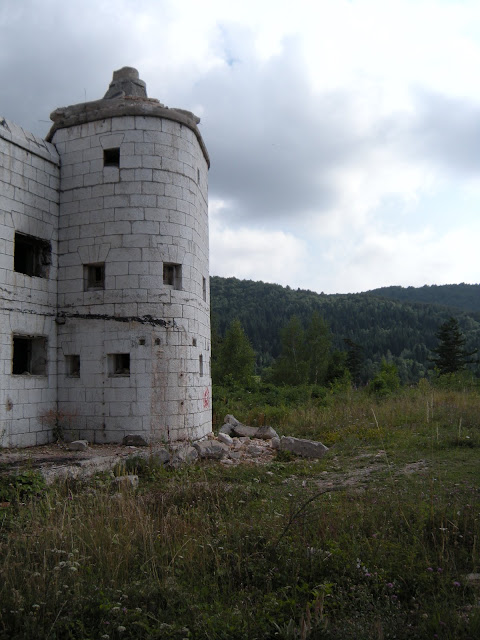 The hidden perks of Hosteling

Cusco and the Surrounding Ruins

Battambang's Bamboo Train
Tweet
This entry was posted in Travel and tagged Bosnia and Herzegovina, Europe, Sarajevo. Bookmark the permalink.

2 Responses to Relics of the Bosnian War