The #1 question I always get when people ask me for advice on an upcoming trip is ”where did you go?” Below are my itineraries from some of my past trips. As a disclaimer, these itineraries represent the trip that worked best for me at the time – that doesn’t mean another plan won’t work better for you. For more information on how I plan my trip itineraries you can see my post on the process here. If you have any questions about planning your own itinerary, feel free to leave a question in the comments. 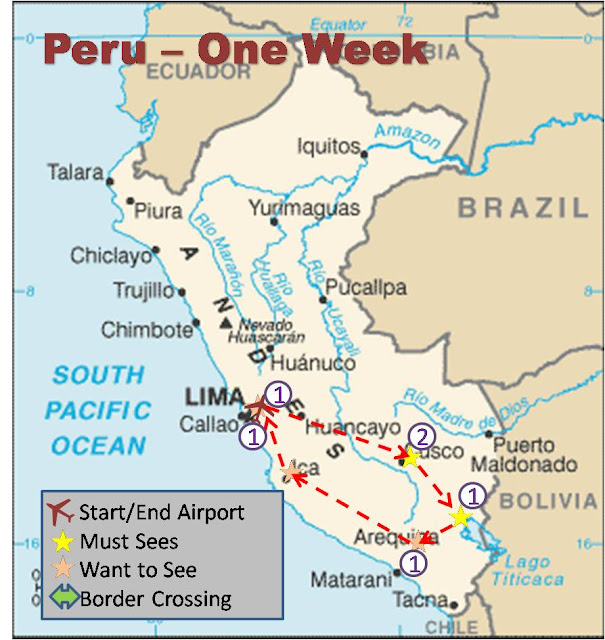 My trip to Peru was only about a week so we had to maximize our time. This was mainly achieved by seeing only the southern half of the country and by taking night buses. We first flew into Lima where we spent one night. We then took a flight to Cusco, drove through the Sacred Valley and immediatly took the train to Aguas Calientes (where Machu Pichu is). We spent a night there before hiking to the ruins the next day. We then took a train back to Cusco where we spent one night. We spent the next day exploring Cusco and then took an overnight bus to Puno to see the Lake Titicaca Islands. We spent the night in Puno and took an early bus to Arequipa the next morning. We spent the night in Arequipa and spent the next day exploring the city. The night we took an overnight bus to Ica to go sand boarding and see the Oasis. The afternoon we took another bus back to Lima where we spent a final night before catching our plane back to the US. 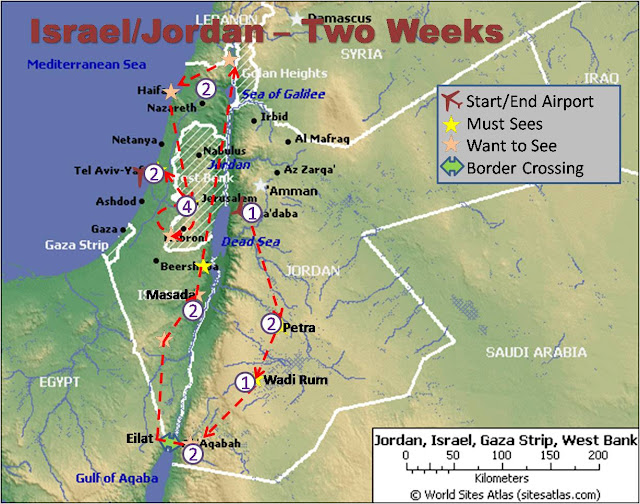 We flew into Aman, Jordan and stayed the night in nearby Madaba. The next morning we hired a driver to take us to Petra stopping at the Wadi Mujib Siq. We spent the night in Wadi Musa near Petra and spent the next day at the ancient ruins. After another night at Wadi Musa, we took a bus into the desert of Wadi Rum. We spent a night in the Bedioun Camp and took a cab to a Resort in Aqaba which is on the Red Sea. After two nights we walked over the border to Eilat, Israel where we picked up a rental car. We drove through the Negav Region to Masada. We spent the night so we could wake up early and hike to the top before sunrise. That day we visited the Dead Sea then spent another night at Masada. The next day we drove north to Safeed where we stay for two nights. During the days we saw Hafia and the Sea of Galilee. We then drove to Jerusalem where we dropped off the rental car and stayed for 5 nights (we had planned on 4 but extended).  During that time we took a day trip to Hebron and Bethlehem in the West Bank. After 5 nights we took a shared cab to Tel Aviv where we stayed for a night before our flight back to the US. 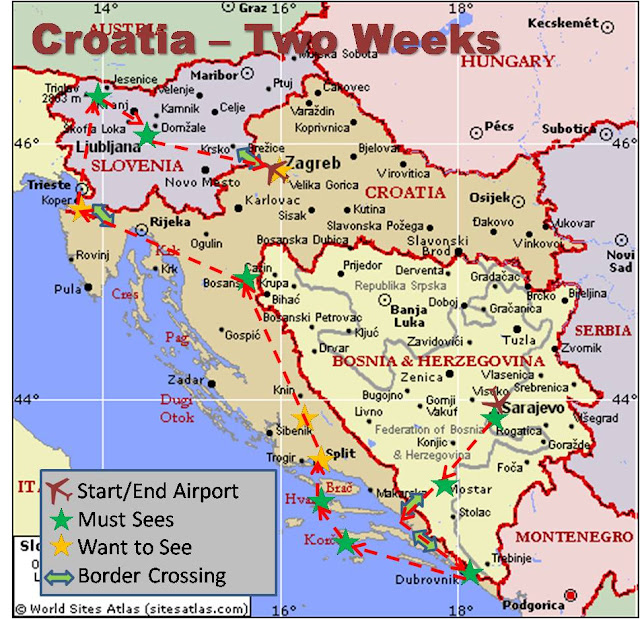