The Writing on the Ceiling

When I was in high school, a common joke was to say to tell an overly trusting someone ”gullible is written on the ceiling.” Usually the person would look up and, as they realized their mistake, everyone would laugh. (Yeah, we really knew how to live) If you fell for this joke once or twice, you became hardened to the cruel ways of high school and made sure your eyes stayed glued to your challenger.

Well, eventually, some jokester actually wrote the word gullible on the ceiling of the drama classroom in large black letters. (Like I said, we lived large). The next time I walked in, someone said “Hey, did you know gullible is written on the ceiling?” I then sternly informed them that this wasn’t my first time at the rodeo and refused to look up. I had, of course, fallen right into their trap.

In travel, as in real life, you sometimes find that its difficult to walk the line between overly trusting and overly cynical. Sometimes, you just have no idea what’s written on the ceiling. You don’t know if its more foolish to check or not to check. 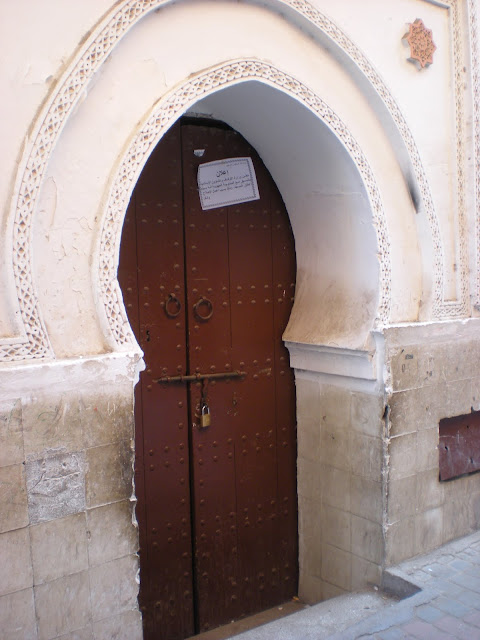 Such was my situation during our trip to Morocco in 2010. After spending an evening falsely suspecting our awkward but honest dinner companion of trapping us in a scam, I felt abashed at our cynicism. How had our keen traveler’s sense turned into a wall that separated us from the local people? Were are own suspicions keeping us from experiencing everything Morocco had to offer?! I for one, had vowed to change my ways. I planned to become the cosmopolitan traveler I prided myself on being; not the tourist who clutches his money belt as he walks by everyone who resembles a local.

So, when we were approached by another local man during the trip, I jumped at the opportunity to prove my recently renewed open mindedness. We were in the side streets of Marrakesh, searching out the Jewish Quarter and the Old Synagogue. We had been wandering around, lost by all accounts, for about an hour when an old man approached us and said he would show us the way.

We knew this wasn’t purely good will, we had been through this before: someone more familiar with the streets would show you the way to your riad or site of choice in exchange for a few dollars.  Not only did it save you the time of getting lost, the guide could usually be counted on to provide some helpful comments about other things that were passed along the way. 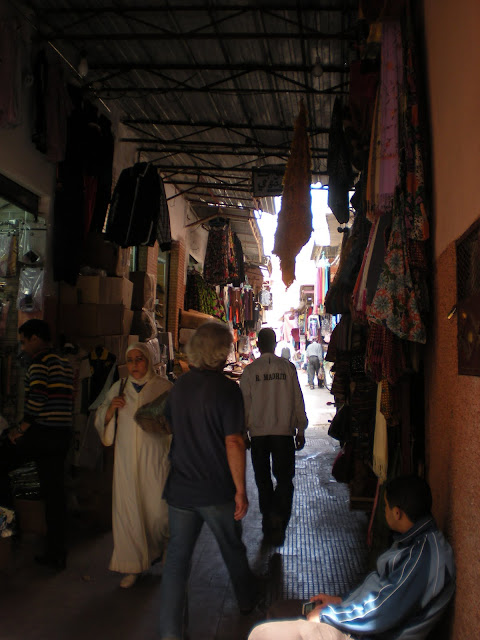 So we agreed and followed him through the windy streets as he pointed out the cemetery, old synagogue and town center. Towards the end of the tour he paused and asked us for a donation for the synagogue. We agreed and proffered a few coins.

We were shocked when he rejected our coins and asked for a larger donation – to the tune of $50. My first reaction was to refuse and walk away, but then I looked around. I suddenly realized I had no idea where we were. We were totally alone in a narrow, deserted street with a strange man – We didn’t even know how to get back to the main square. Suddenly, I was very afraid. 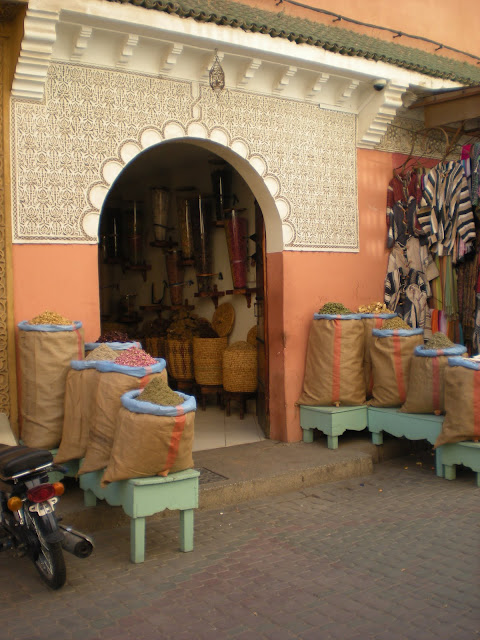 Quickly we handed the man the money and asked to be taken back to the starting point. Obviously realizing this was a cash mine, he walked a few steps before asking to get paid for his services. Angry now, we pointed out that we had just paid him.
“No, that was a donation. This is for me.” He argued with a grin.
Five dollars later, we were finally back with the crowds and we quickly headed back towards the riad, our budget for the day totally depleted. 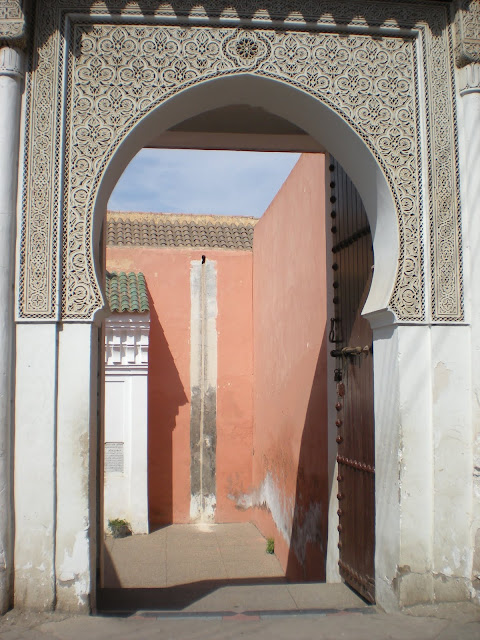 Once again I was left wondering – how do you know when to trust and when to run? I didn’t have the answer and I still don’t. Its a fine balance each traveler must find – especially the solo female travelers. In our quest for adventure we should never put ourselves in danger. But, at the same time, we shouldn’t let our fear keep us from living our lives.  Sometimes, you just have to look at the ceiling. Even if you get laughed at, at least you won’t miss anything.

This entry was posted in Misadventures and tagged Morocco. Bookmark the permalink.

23 Responses to The Writing on the Ceiling