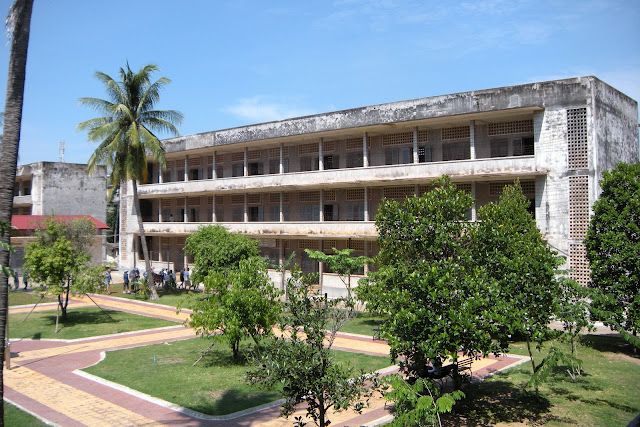 After my visit to the  Killing Fields outside of Phnom Penh, I had my tuk tuk driver take me back to the city to visit the Tuol Sleng Genocide Museum. The Tuol Sleng Genocide Museum was formerly a High School in Phnom Penh before the rise of the Khmer Rouge. When the Khmer Rouge took over the city and expelled the citizens, all the schools were closed. The city became a black box and no one from the outside world knew the full story of what was truely happening inside Phnom Penh. Years later, in 1979, after the deaths of millions of Cambodians, the Vietnamese liberated the city and gave the world its first glimpse of the ruined capital.

When they entered the former high school for the fist time, they discovered a chilling site. Barbed wire, devices of torture and murdered victims lying on the floor in pools of fresh blood. The Khmer Rouge had turned the school into a high security prison, called S21.

The S21 security prison, was in theory, a place to hold and try the political traitors of the Khmer Rouge. In practice, it was a holding facility where the regime tortured and threatened thousands of Cambodian citizens in order to coerce false confessions before the victims were murdered and buried in mass graves.  On the first floor of the building large rooms were set up for the express purpose of torturing victims. It was in these rooms that the Vietnamese found the freshly murdered finale victims of S21. Instead of releasing them, the Khmer Rouge had killed the remaining prisoners before fleeing the city. Many of the rooms still have large blood stains on the floors. 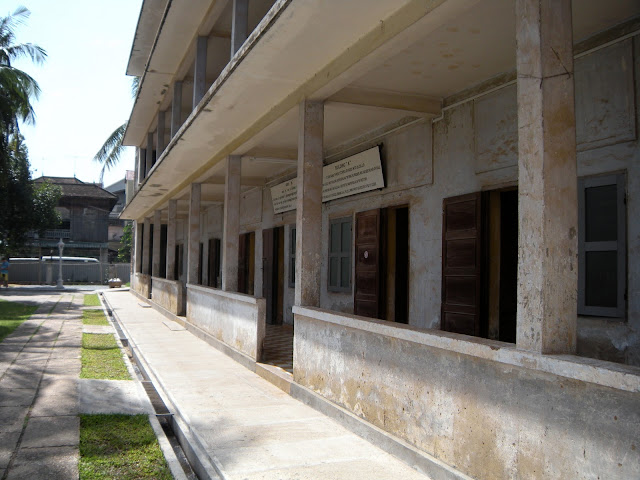 Prisoners were held en mass in the former classrooms on the upper floors of the prison. The high school had been designed with open air corridors. When the school was converted to a prison, the guards added barbed wire to the balconies. This was done to prevent the prisoners from the relief of committing suicide by jumping to their deaths before a confession could be forced. 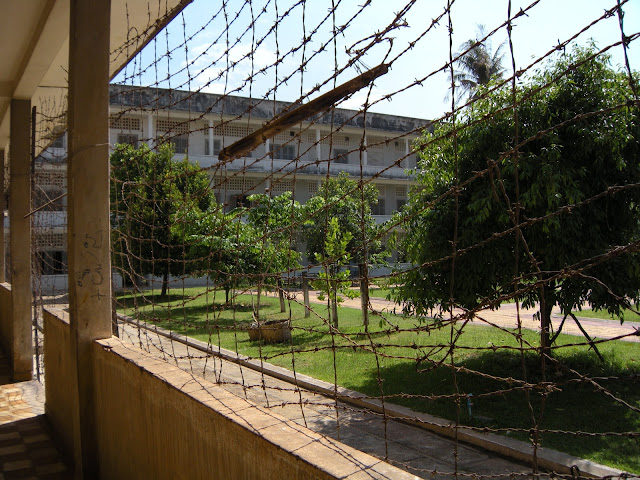 Each classroom was broken up into cramped cells using crude brick walls.  The space alloted to each prisoner was barely enough to lay down. Doors were cut between the classrooms in order to form long corridors. In side each cell was an old ammunition box, which doubled as a makshift toiliet. 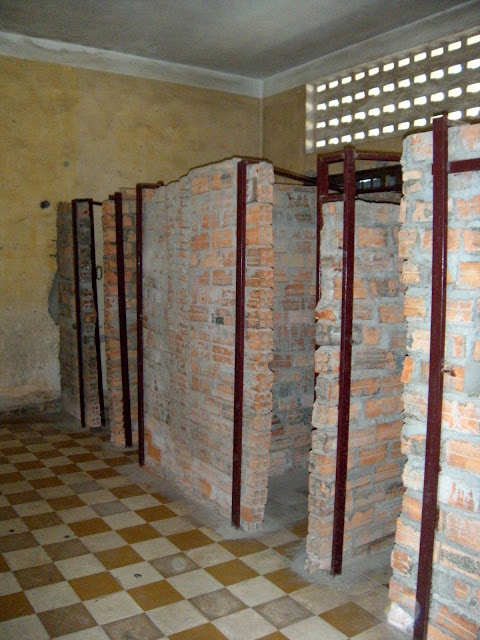 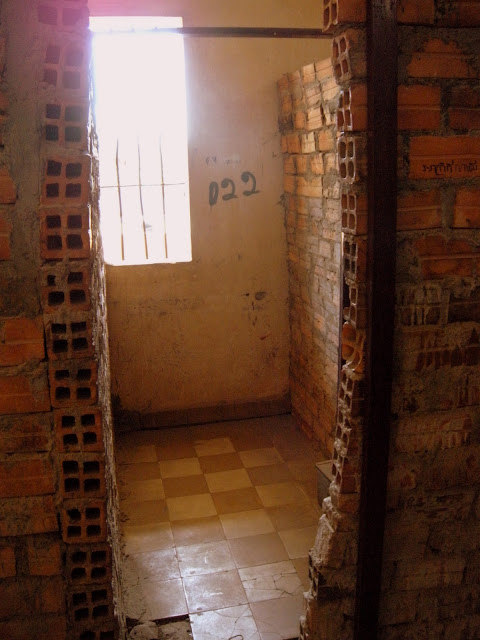 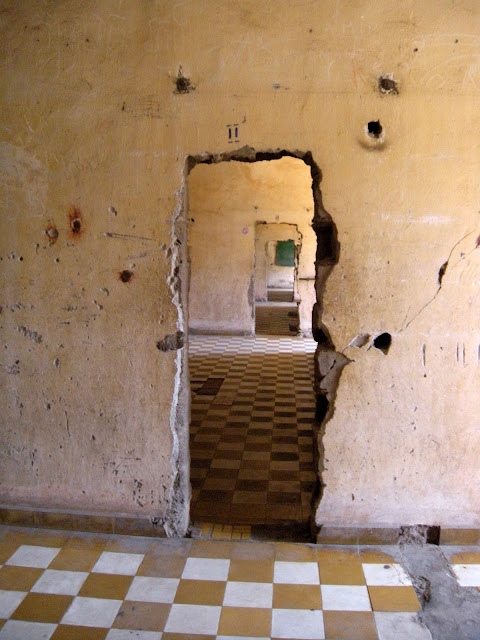 On the wall of each classroom, a rough numeric system was painted on the walls in order to identify the prisoner in each cell. Prisoners were only removed from their cells to be tortured. 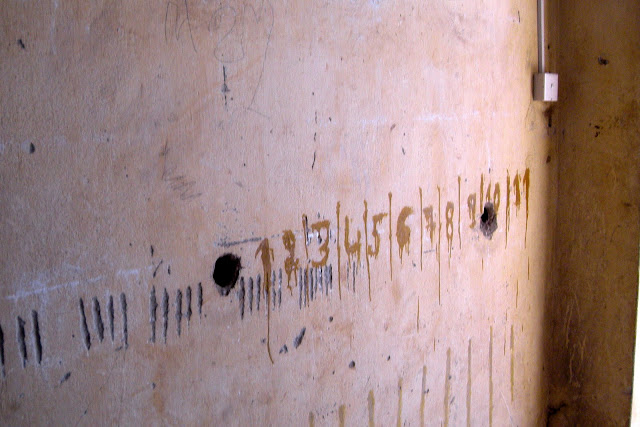 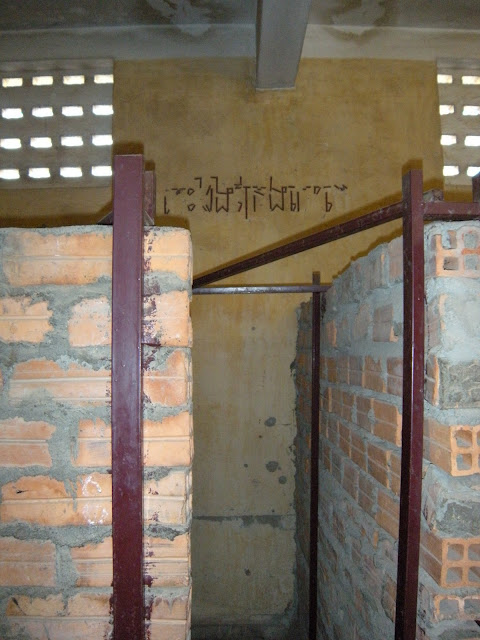 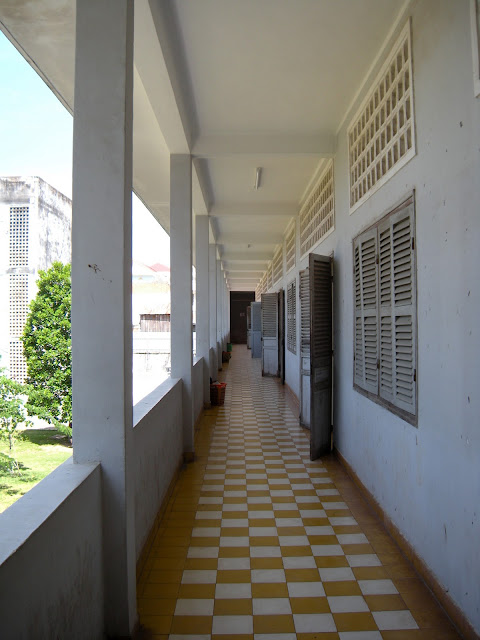 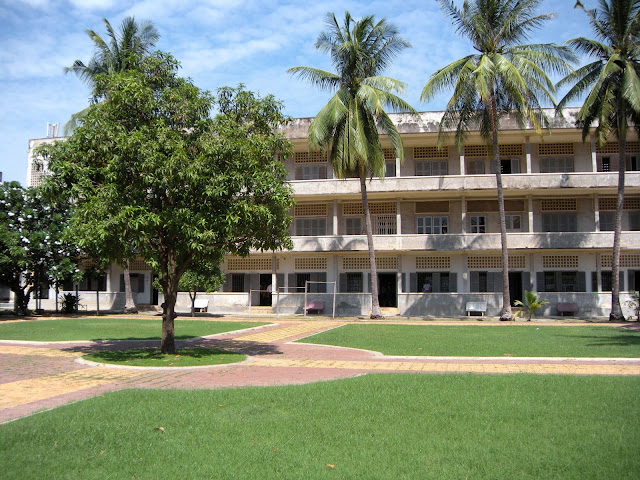 This entry was posted in Destinations and tagged Cambodia, Phnom Penh. Bookmark the permalink.