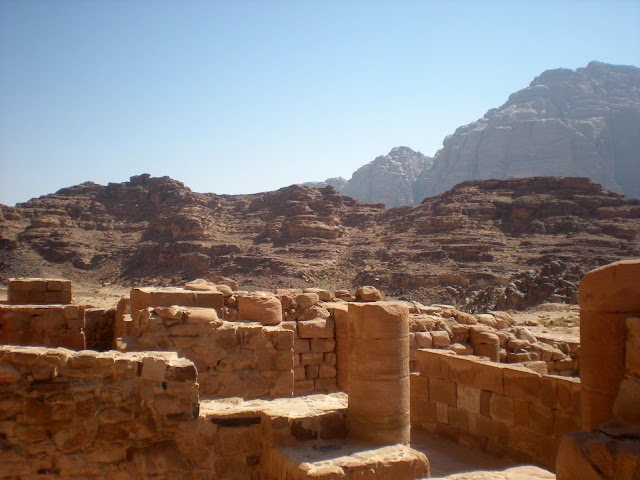 Wadi Rum is the desert in Jordan south of Petra and north of Aqabba. Through our hostel in Wadi Musa (the town near Petra), we were able to arrange transport on a mini bus to the outskirts of Wadi Rum. However, even though we had pre-purchased our tickets, when we arrived at the bus stop we discovered that there were no more seats. There was also no more floor space, as other travelers had taken those spots as well.  Instead, we were given ‘seats’ in the bus driver’s son’s truck. Lets just say his driving left a lot to be desired. Two harrowing hours later, we arrived in the dessert where we bargained with one of the various touts to arrange a two day tour and over night stay in the famous Jordain dessert. 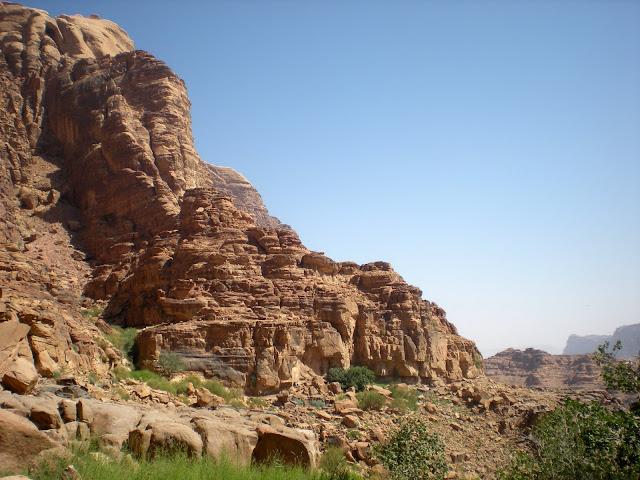 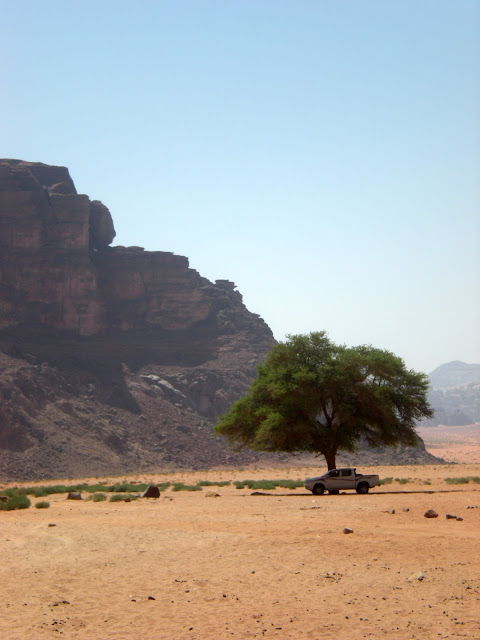 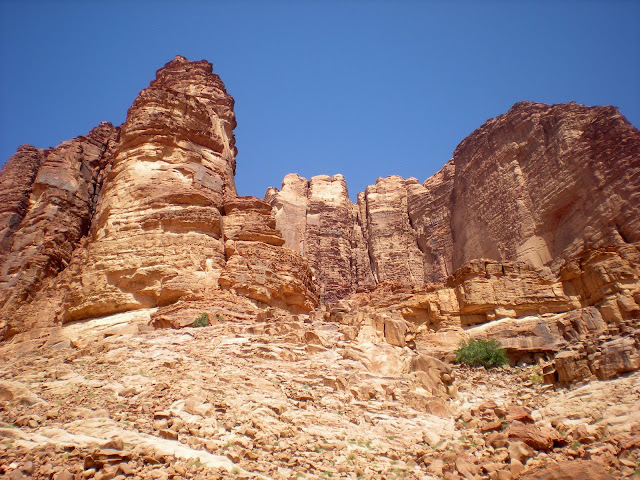 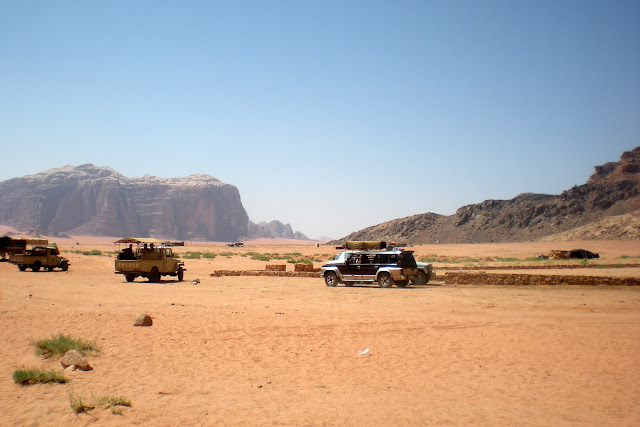 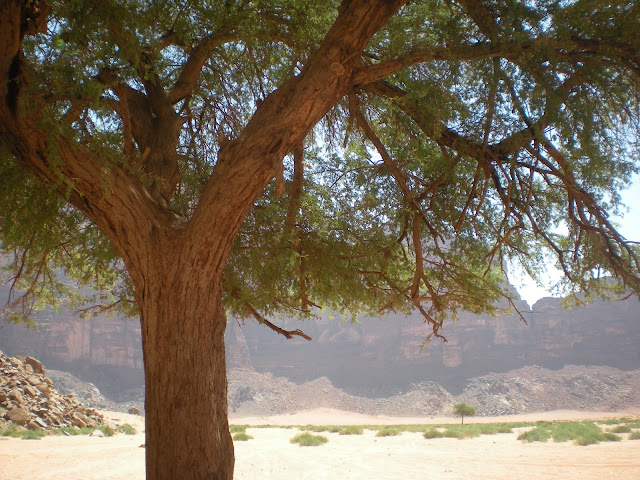 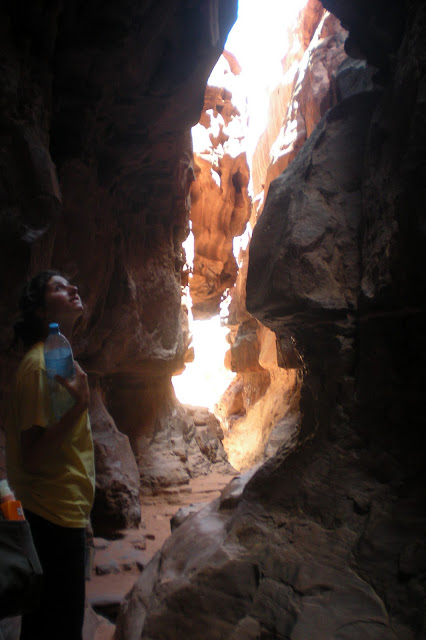 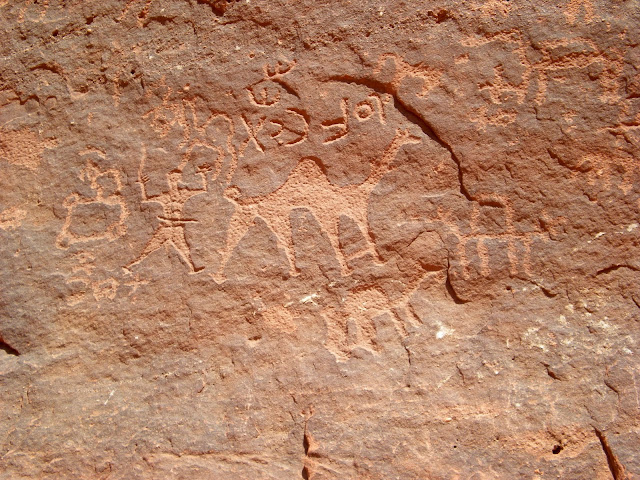 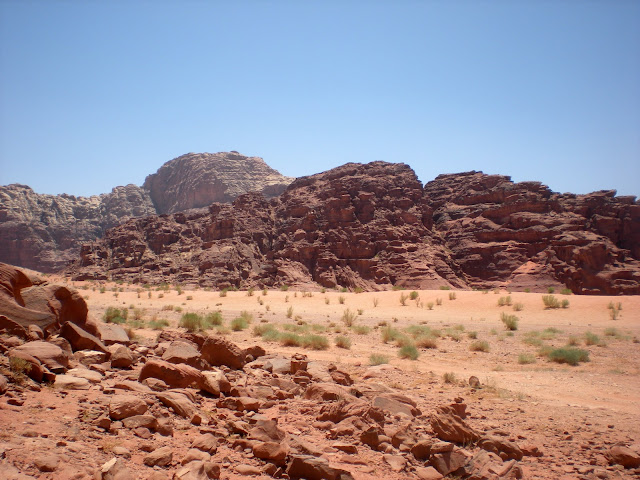 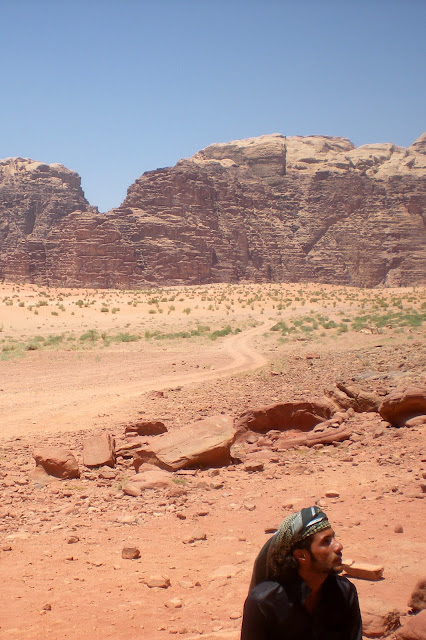 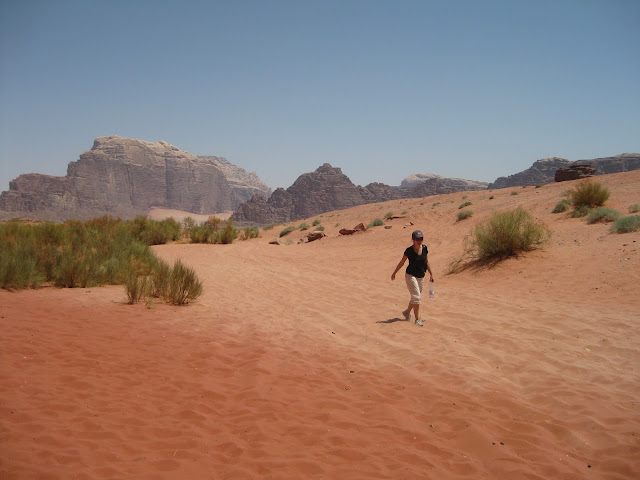 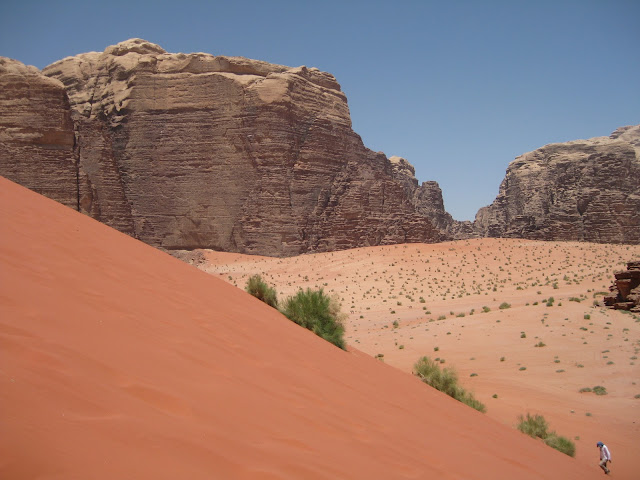 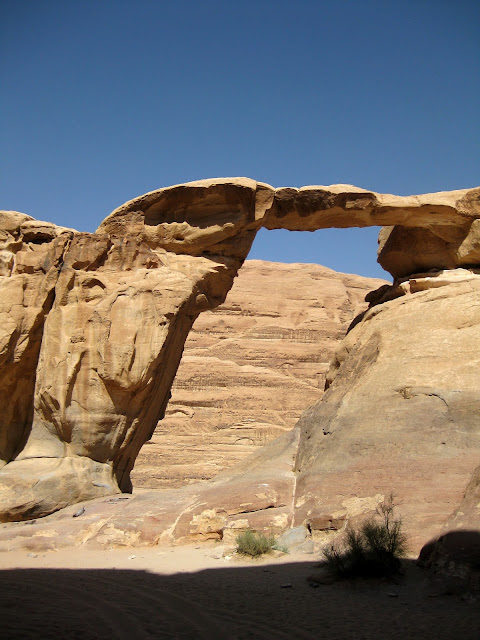 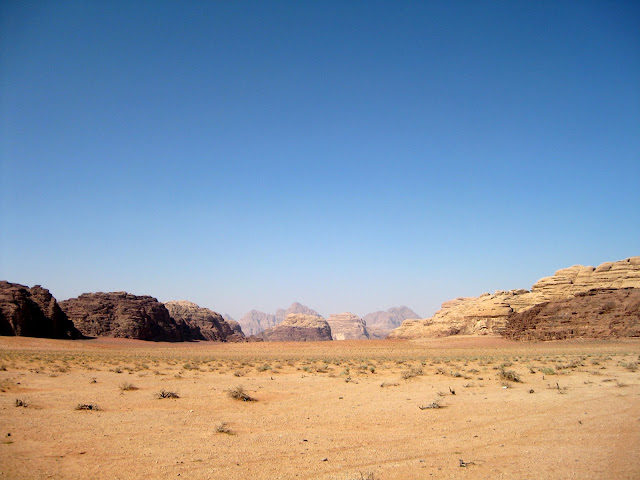 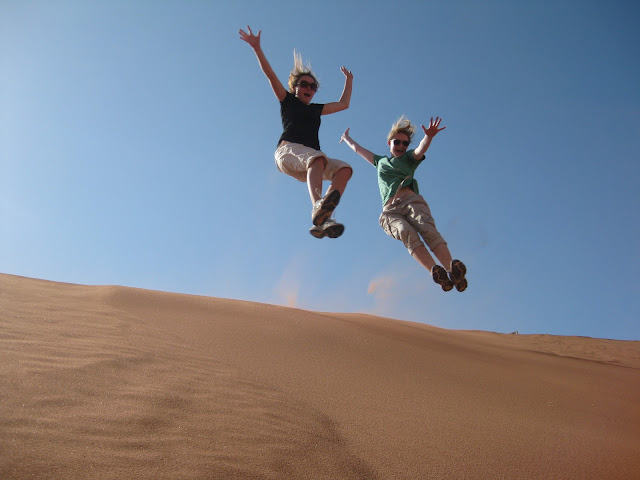 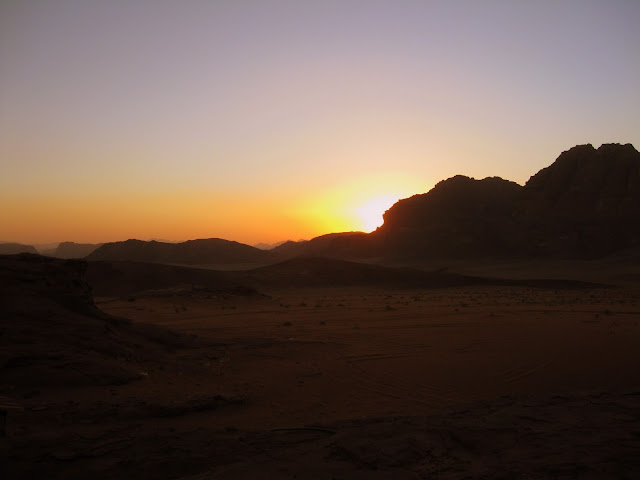 This entry was posted in Photos and tagged Jordan. Bookmark the permalink.