Our Dinner Date Disaster in Essaouira 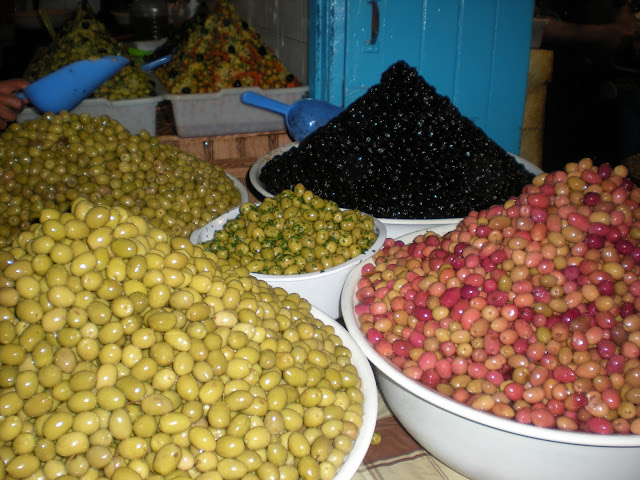 After a full day in Essaouira, it was time to shower up and head out to meet our dinner date. Where, you might ask did the three of us find a dinner date during our one day in Morocco. Well, it started out well enough:

During our day at the Market, we met a Moroccan vendor who was about our age. He was very friendly and invited us to join him for tea in the back of his stall. We had read that this was traditional in Morocco and since we were still visible from the street we figured there was no harm. Our new friend told us he was training to be a tour guide and invited us to join him for dinner at a local restaurant so that we could learn more about Morocco and he could practice his English. I’ll admit, we were a bit dubious but figured there was no harm in meeting him at a restaurant and it would be interesting to get to know a local better so we agreed. In order to protect all those involved, we will call our new friend “Bob” for the sake of convenience.

The restaurant we met Bob at later that night specialized in Tangine, a traditional Moroccan dish of meat and vegetables that is cooked in a funnel shaped clay dish. As Bob explained, at these type of restaurants the patrons usually provided their own ingredients, and the restaurant cooks and prepares the meal.

So our first stop that night with  Bob was the local night market to get chicken, spices, olives, potatoes and the other necessary ingredients. I would have had no idea where to start, but Bob was an expert. He guided us from stall to stall helping us choose the right ingredients and pay. Picking out the chicken was particularly traumatic since the vendor asked that you select the chicken and then he slit its throat, plucked it and chopped it up in front of you. 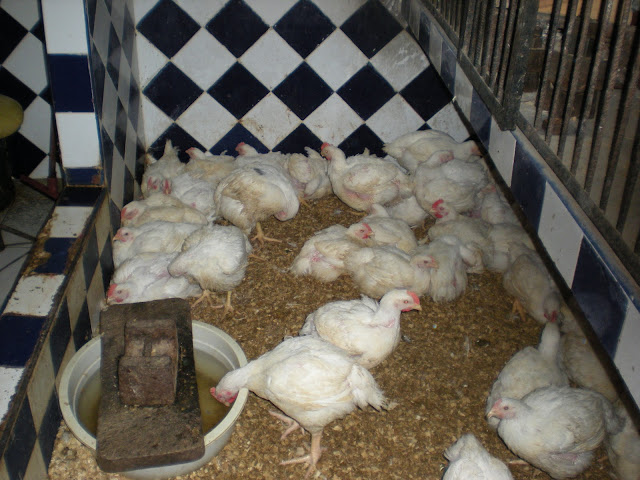 The rest of the market was delightful. Plenty of fresh vegetables and olives which the vendors were more than happy to let us sample before purchase. But, it was starting to get late and we were concerned about catching our early morning bus to Marrakesh the next day. The three of us were eager to eat dinner and get back or our Riad, so we urged Bob to wrap up his purchases so we could head to the restaurant. 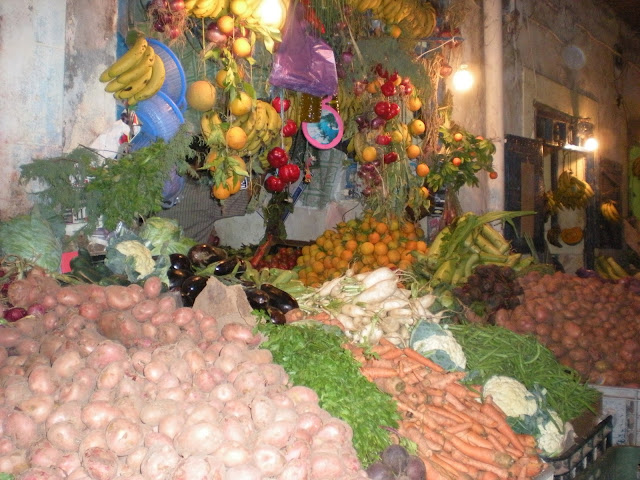 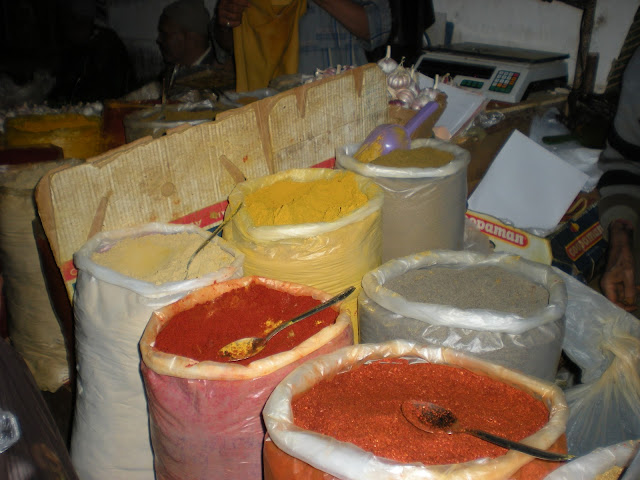 Unfortunately, when we got to the Tangine Restaurant we were greeted with the unpleasant fact that Tangine is not a quickly cooked meal. Bob dropped off our groceries and then suggested we go get tea – for two hours. As 8pm became 9pm and 9pm became 10pm we tried to get Bob to give us a definite time when the food would be ready.  By that time we were all concerned that we had been caught in a scam and that we were going to end up paying $100 for this meal. Even worse, conversation with our new Moroccan friend had reach unprecedented levels of awkward. We had literally discussed every possible topic in the last 3 hours and were sitting in silence thinking of how to make our escape.

Without anyway to talk amongst ourselves we had no choice but to see how this played out. At different times during the night we had asked how much dinner would cost, but he had always waived off the question. I was already mentally calculating how much we were about to be scammed.
Finally, we convinced Bob to head back to the restaurant and we were able to get our prepared food. It was clear that Bob was friends with the owners of the restaurant and they seated us alone on the top floor were it would be impossible to get anyone else’s attention. We were all irritated and ate quickly in a awkward silence. During a brief conference near the bathrooms we had half developed a plan for how to escape an overpriced bill. I think it boiled down to ‘refuse to pay and hope for the best.’
About 5 minutes after the food arrived we demanded to see the bill. “Why, justenjoy the meal?” said Bob. However, we refused to eat until we knew the price. Part of me knew since the food had already been purchased from the market we were already kind of stuck. Finally, after much back and forth, Bob agreed to get the bill from downstairs.
While he was gone, we all talked at once. Maybe we should just try and make a run for it. He didn’t know where we were staying. Maybe we should try and get the attention of the restaurant owners? Were they in on it? Before we could make any decisions, Bob was back and we were trapped.
“It’s $10,” said Bob.
“Each?” we asked.
“No, total,” responded Bob.
Oh. Opps. With that, we finished our food and left Bob. Sometimes, being a jaded experienced traveler does not work to your advantage.
This entry was posted in Misadventures and tagged Essaouira, Morocco. Bookmark the permalink.