Audrey from That Backpacker recently tagged me to take part in the ABCs of Travel.  I know its cheesy like a chain letter (or as Chester the Cheetah would say, it’s dangerously cheesy) but I thought it would be a fun way to recap some of my travel experiences so what the hey.
A: Age you went on your first international trip:
When I was 16, I went to Paris on a school trip to study Art History. I remember being in such awe at everything that I was literally gawking at the Charles De Gaulle airport before we had even set foot in France. I remember loving the feeling of waking of early and drinking tea at the local cafes, watching the snow fall outside.
B: Best (foreign) beer you’ve had and where:
I am an awful judge of this kind of thing. I always think beer tastes better when its enjoyed in a great place. The best beer for me was the ones I had on the deck of my boat during the Cruise Down the Nile. 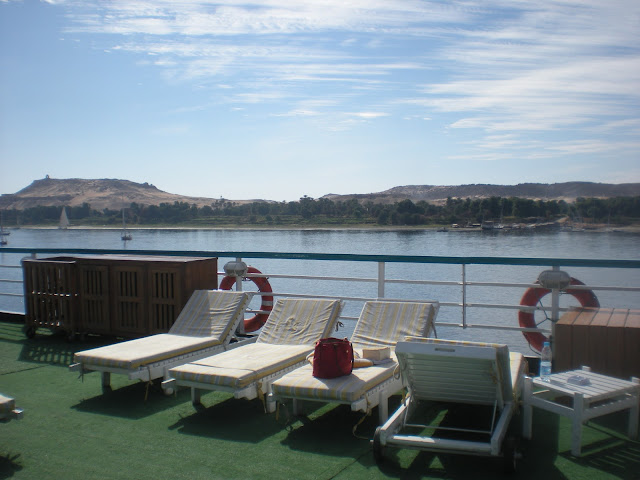 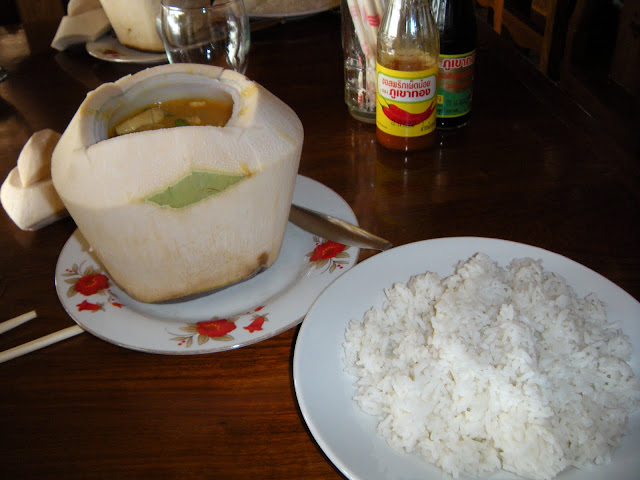 This is so hard.. Thai food has been my long time love and while I was in Thailand and Cambodia I ate pretty much constantly.  But, the come from behind winner has got to be the Felafels in Israel. I ate it at literally every meal and it was amazing.
D: Destinations, favorite, least favorite and why:

My Favorite destination is Israel hands down. Its funny because it was really random that we even went there, but the entire trip was amazing. There were so many memorable moments: Getting stopped by the Israeli Military, Hiking Masada, Floating in the Dead Sea, spending the Sabbath in Jerusalem, Visiting the Security Wall in Palestineto name a few.

Least favorite is hard to say. I have loved every chance to travel so its a little bit like saying “what is your least favorite Christmas?”…they were all great. But, if I had to pick one I would say Japan. I have hopes that one day I will go back and see more of the country and develop a love for it.
E: Event you experienced abroad that made you say “wow”:
This would have to be my tour of the Bosnian War Relics in Sarajevo.
F: Favorite mode of transportation: 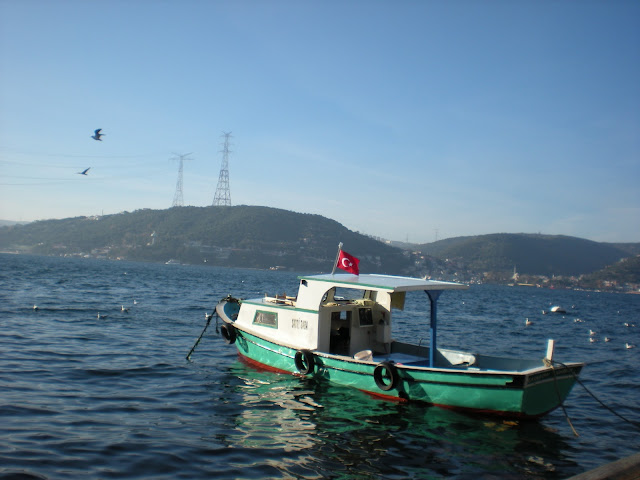 I’ve said it once, I’ll say it again. I love a good boat ride. On pretty much every trip I try to get on the water at least once. Whether its a row boat in Madrid, cruising down the Bosphorus in Istanbul, renting a moter boat in Hvar, or touring the rivers in Bangkok I try and take any chance I can get.
G: Greatest feeling while traveling: 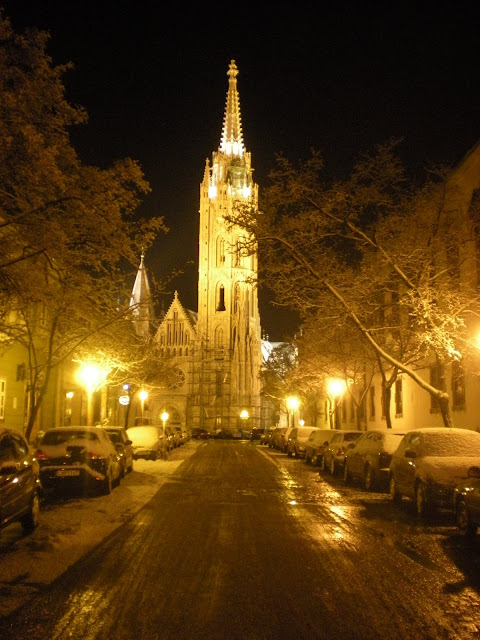 One night in Budapest, I was meeting some friends for a wine tasting on the Buda side of the river. I had gone to the thermal spa beforehand and decided to walk from there to the wine tasting. It was snowing heavily by the time I had gotten halfway and I decided to take the funicular to the castle. I got to the top and turned around to see the entire Pest side of the river lite up with Christmas lights with snow blowing all around me. It was dead silent and I was the only one around. I ended up standing there for about 10 min enjoying the sight before I kept walking.

Jordan in August. Walking around first Petra and then the Wadi Rum Desert for three days was the hottest I have ever been. I theorize that it was actually so hot that its impossible for me to accurately remember how hot it actually was.

I: Incredible service you’ve experienced and where:
The Hostel I stayed at in Puno, Peru has got to be the greatest service of all time. After a horrible overnight bus, we arrived, dirty and sick, at his door at 4 am in the morning (way before check in time). Instead of turning us away, he gave us blankets and tea while we waited in the lobby for the hostel to open. He even allowed us to eat the free breakfast when that opened up 2 hours later.

J: Journey that took the longest:
The longest journey ever was attempting to go to Tokyo during the Blizzard of December 2009. I had planned to fly from DC to Tokyo via New York, but the night before got a call saying that my flight to NY had been cancelled. After lots of back and forth I was actually able to get a flight from DC to Atlanta for later that same day with a connection to Tokyo. I figured that since the weather down south was better I had a better chance of getting out. My flight to Atlanta did manage to get out, but it was so late I missed my conection to Tokyo.

Luckily they have one every day and they were able to schedule me for a flight the next day. I spent the night in Atlanta and woke up early to catch my 11 am flight. Sadly, as soon as I woke up I discovered that my flight had been delayed to 3pm. At this point I was freaking out that I would never make it to Japan, but I went to the airport at 1pm in time to check in and board. At this point I had been traveling for well over 24 hours and I was still facing (hopefully) an entire 12 hour flight to Japan.

At 3pm my flight had still not boarded and it continued to be delayed until 8 pm when we finally got on the plane. When we boarded we were told that the delay was caused because we were waiting for a pilot. Now that the pilot had showed up, the rest of the crew had now worked too long according to federal regulations. For this reason we had to stop in Detroit to change crews. After a stop in Detroit, we were finally on our way to Japan. I arrived in Tokyo almost a full 60 hours after I left home.

K: Keepsake from your travels:
I’m actually big on collecting things from my trips. I like to find something unique to the country I’m visiting that will help me remember my trip once I’m back home.

L: Let-down sight, why and where:
I think Vienne, Austria was a bit of a let down. Squeezed between Budapest and Prague on my trip through Europe it just didn’t seem to have the same pizzaz.

N: Nicest hotel you’ve stayed in:
Pssh, hotels smotels. Hostels are where its at and I’ve stayed at some wonderful ones. The best has got to be the Aboriginal Hostel in Budapest.

O: Obsession—what are you obsessed with taking pictures of while traveling?:
I pretty much take pictures of everything…

P: Passport stamps, how many and from where?
Wayyyy to many to count! Filled up my first passport and on to the next.

Q: Quirkiest attraction you’ve visited and where:
The Magic Garden’s in Philadelphiawere pretty quirky. An entire garden and house made of recycled pottery, tires and bottles. 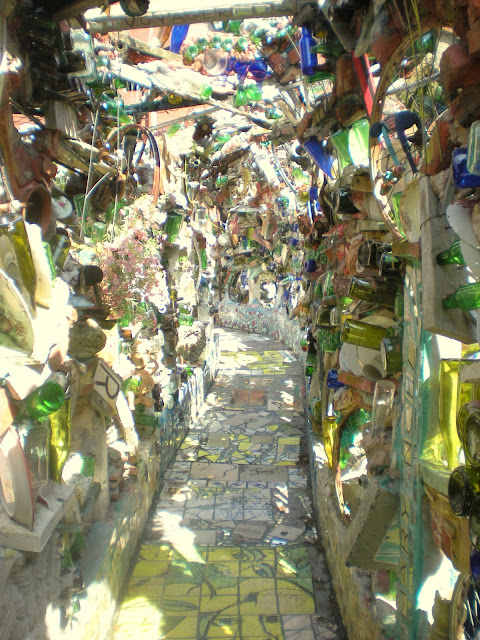 R: Recommended sight, event or experience:
I think probably one of the greatest experiences I’ve had while traveling was either exploring the caves under Budapest or hiking through Wadi Mujib, the river filled canyon in Jordan. 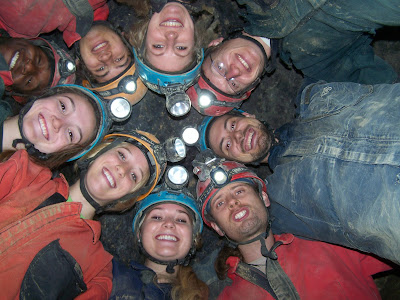 S: Splurge; something you have no problem forking over money for while traveling:
I like to spend my money on experiences rather than transportation and lodging. I will happily spend $50 to see Angkor Wat after having spent $2 a night on my hostel room.

In London in 2005, I’m almost ashamed to admit, I went to the Wax Museum. I’ve since seen these same mass produced messes throughout famous cities and cringed.

However, this fall in Amsterdam, I visited the Heineken Experience, another made for tourist venture, and actually had a good time. Sure it was pricey, and a bit corny, but it was genuinely interesting look at the history of a famous Dutch company and had good information about the beer making process.

U: Unforgettable travel memory:
Going to New Orleans for Mardi Gras in 2009 was one of the best trips I’ve taken. I went with a friend who had lived there her whole life and she was able to take us to see all the highlights of the celebration and we were able to see that Mardi Gras is so much more than beads and Bourbon Street.

V: Visas, how many and for where?
Not sure, the only one I have had to buy in the airport was Ghana, the rest I was able to get at the airport.

W: Wine, best glass of wine while traveling and where?
For me, wine (like beer) is all about where you are drinking and who you are with. I’ve had two wonderful wine experiences:

1. Wine tasting in the historic wine cellars in Budapest while it snowed outside

2. Wine tasting on the Croatian Island or Korcula after a day at the beach 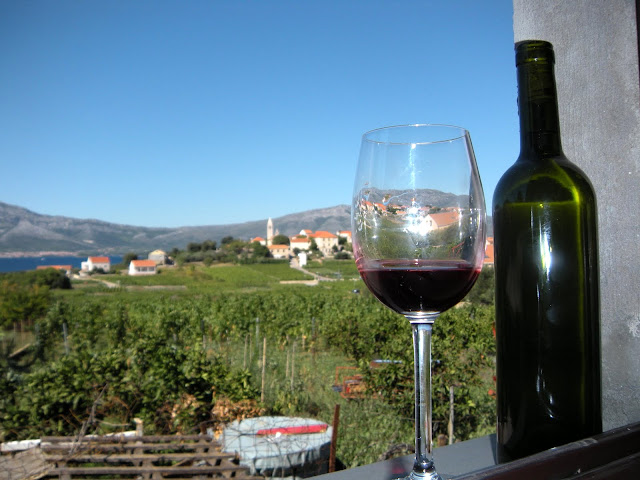 X: eXcellent view and from where?:
The view of Dubrovnik, Croatia from the zip line was pretty cool. You could see the entire walled city and the surrounding islands. 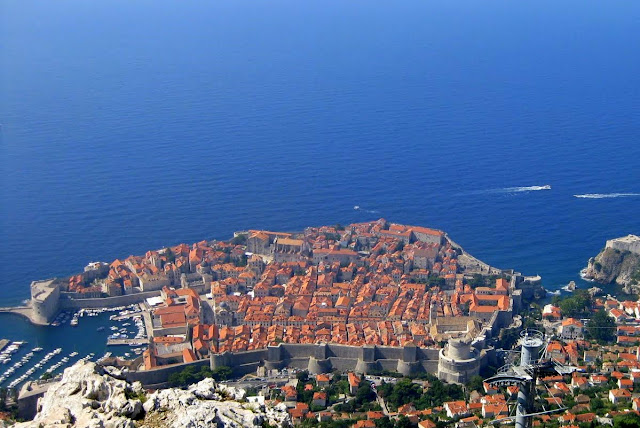 Y: Years spent traveling?:
Getting on close to 10.

Z: Zealous sports fans and where?:

I was in Madrid during a huge soccer game in May 2010. The streets were packed with fans well into 3 am in the morning and airport was filled with people sleeping on floors due to lack of hotel rooms.
And now I’d love to see the Travel ABCs for:
Amanda at A Dangerous BusinessKatie at Katie Going Global
Suzy at Suzy Guese
This entry was posted in Blog News. Bookmark the permalink.