Oh Little Town of Bethlehem: Photos of the Palestine Wall

During our stay in Jerusalem, we took a day trip to the West Bank to visit the cities of Bethlehem and Hebron. Although I had been really looking forward to Hebron, the most moving part of the day ended up being the city of Bethlehem – home to the wall between Palestine and Israel. 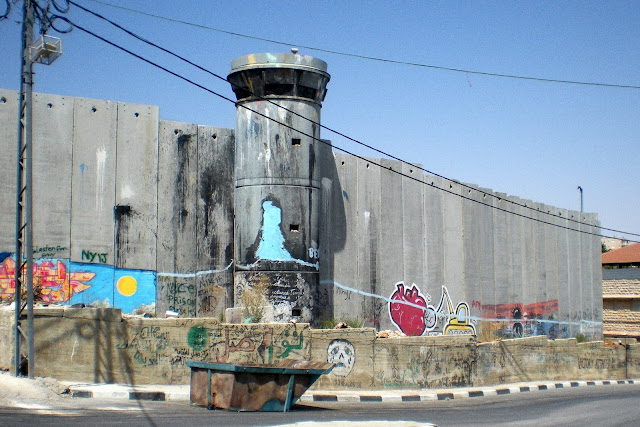 The wall separates the Palestine territory from the rest of Israel. It looms almost twice as large as the infamous Berlin wall which once separated East Germany and West Germany. But, much like the Berlin Wall, the concrete barrer in Bethlehem has been decorated to express the feelings of those whose lives the wall has impacted.

Almost every inch of the wall is covered with paintings and murals. The art depicts many different feelings and emotions. Most are highly political – depicting the personification of Palestine being abused or images of picturesque Bethlehem being walled off from the rest of the world. Bethlehem is well known as being the birth place of Jesus, so many illustrations show walls blocking off Christmas or the nativity scene.

Some pictures show scenes of hope, illustrating times after the wall has fallen. Peace doves are common themes. 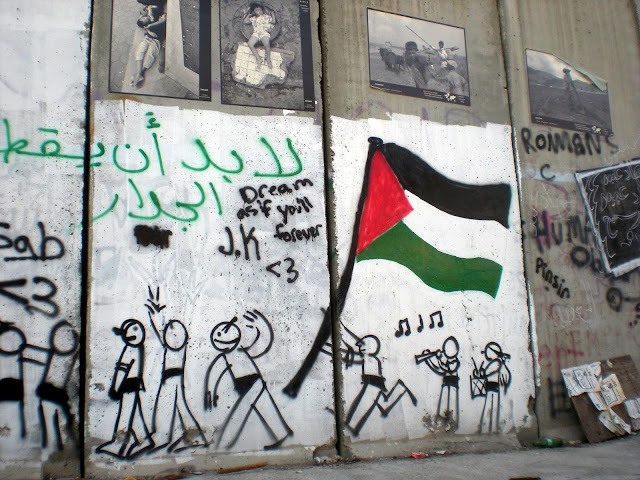 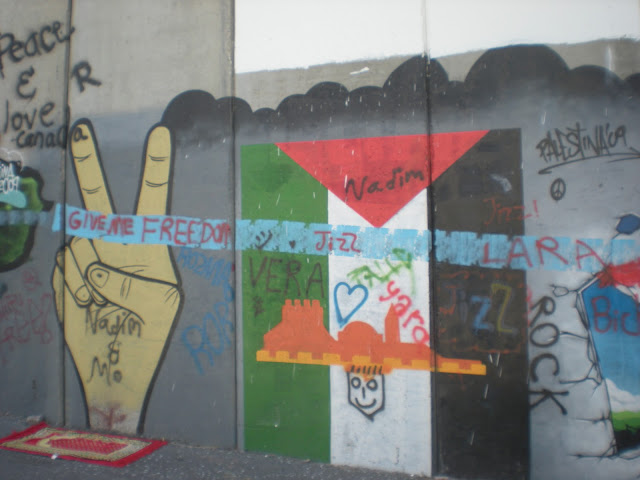 Many of the illustrations call out the US for their involvement or lack there of – USAID, an organization of international aid is often depicted with a juxtaposition of tanks and weapons. Oftentimes these pictures will draw parallels with the Berlin Wall, Apartheid and the Holocaust. 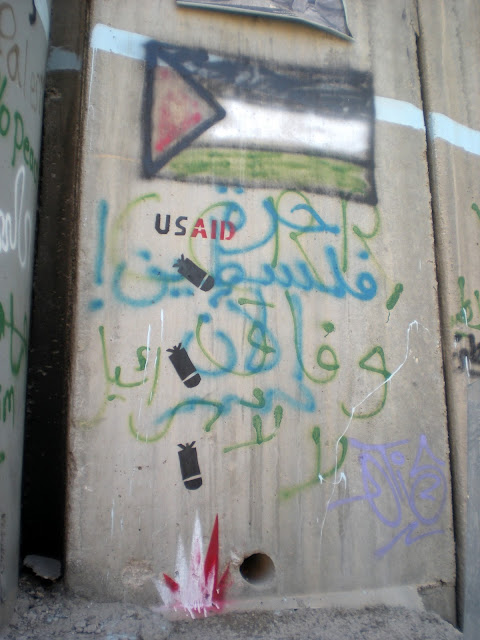 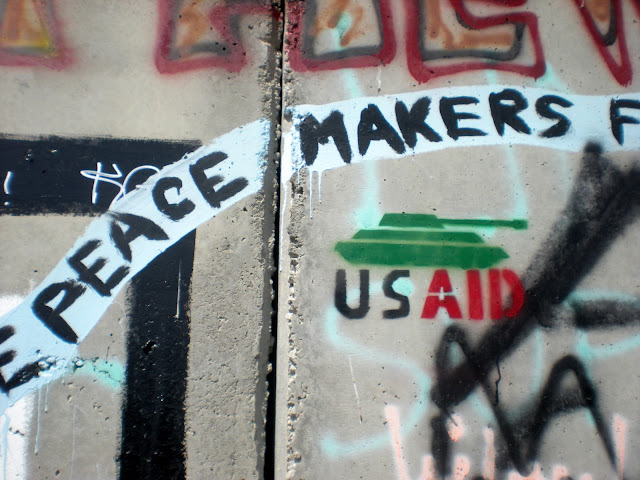 The illustrations on the wall are in many languages expressing their hope for peace in Palestine. 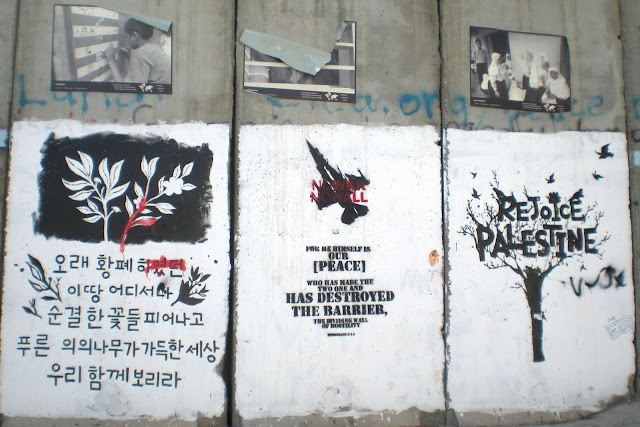 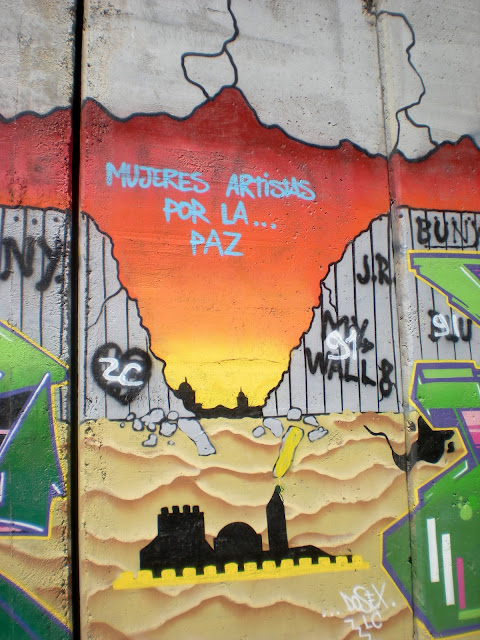 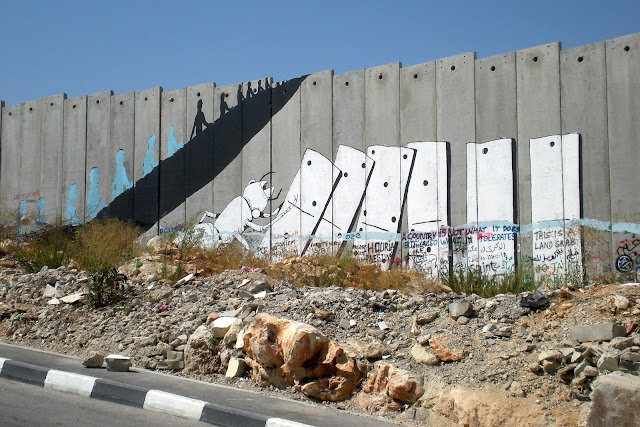 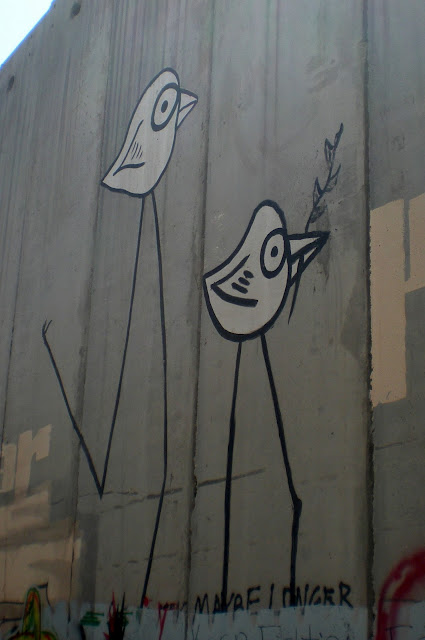 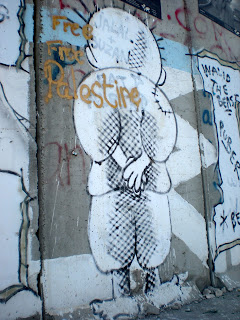 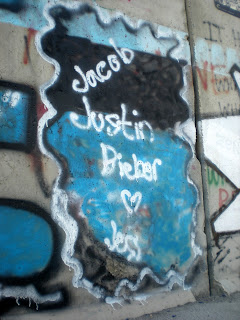 Some local businesses have even taken advantage of the free wall space to advertise…. 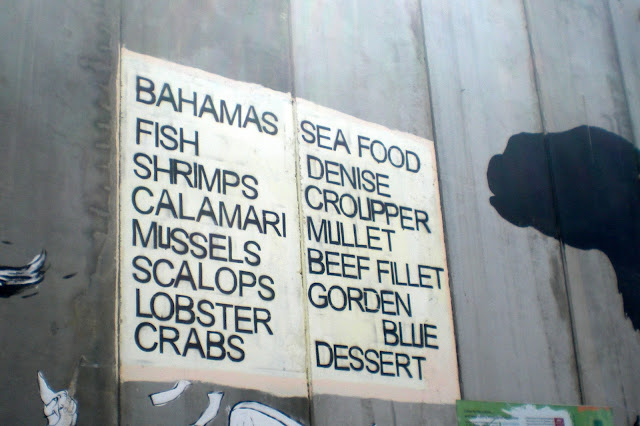 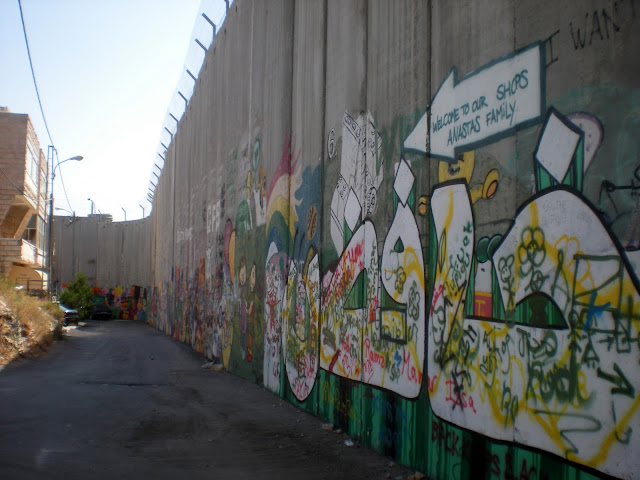 Overall, a trip to the wall is a very powerful experience. Although there are some risks associated with visiting the West Bank, its something that I think is very important for anyone visiting Israel. 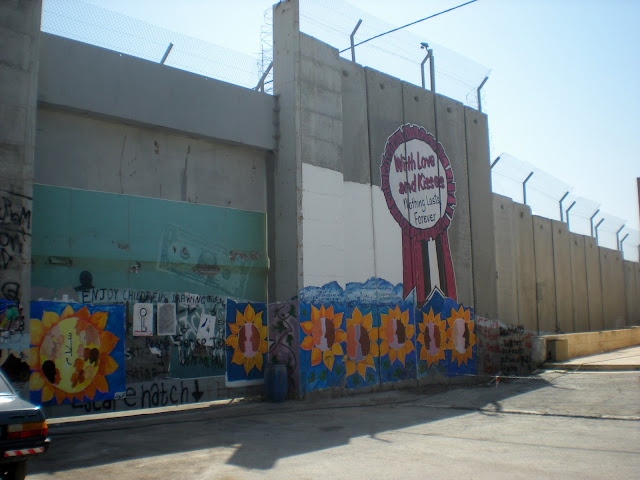 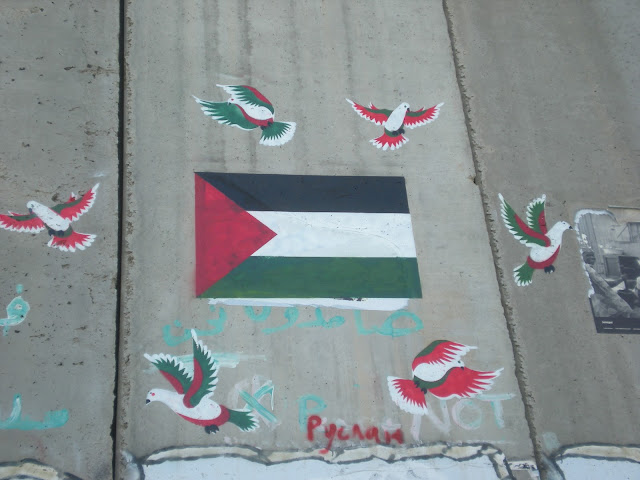 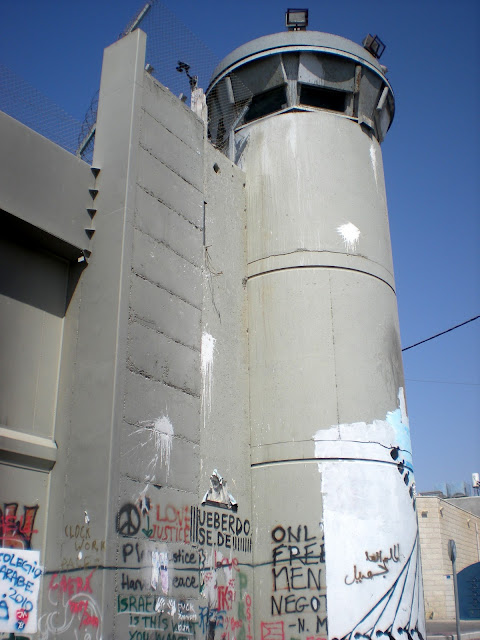 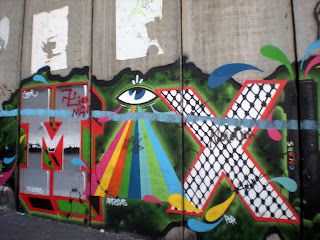 This entry was posted in Photos and tagged Israel, Palestine. Bookmark the permalink.

14 Responses to Oh Little Town of Bethlehem: Photos of the Palestine Wall