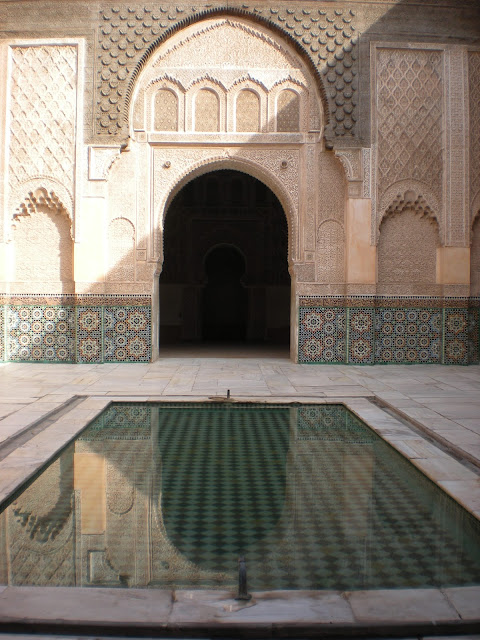 After leaving the main square, the three of us went to explore the souk – which we severely underestimated. I usually think I have a pretty good sense of direction, but we managed to get so turned around that we wandered around in circles for a few hours. I kept thinking that I was seeing familiar landmarks… turns out there are just a bunch of similar look doors and minarets.

Eventually we managed to exit the Souk and locate the Ben Yousef Medersa.  Medersa means school – and in addition to this one being something we wanted to see, we knew it was near our Riad and so were all the more happy to see it. 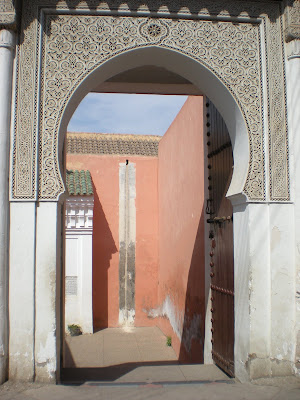 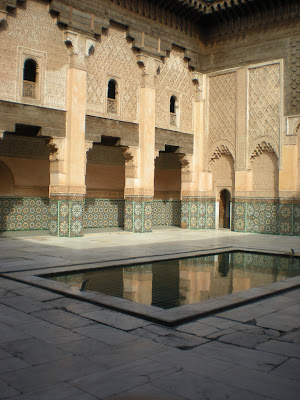 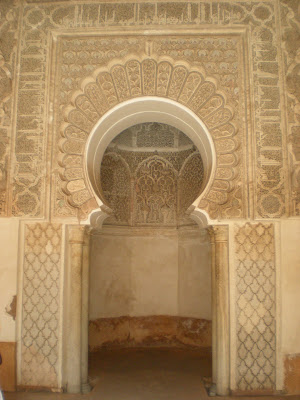 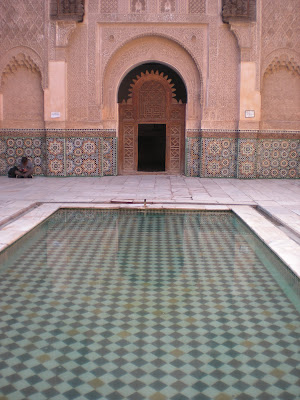 After the Medersa we navigated our way very carefully to the Riad. I finally found the minaret that I had been “seeing” all day. Our ticket to the Medersa included entrance to a few other sites nearby. 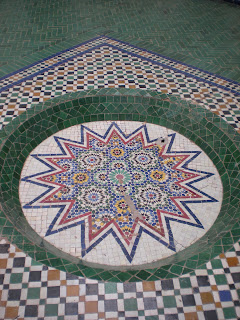 The next day we ventured out of the Medina to visit the Yves Saint Laurent Gardens. The Gardens were filled with plants and brightly colored terra cotta and were a nice oasis from the busy city outside. 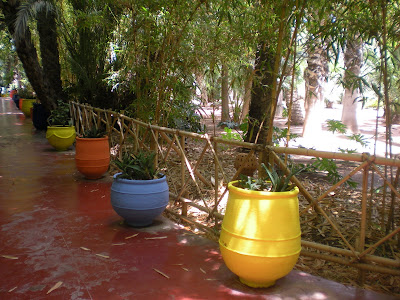 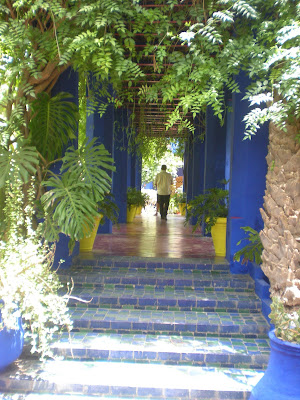 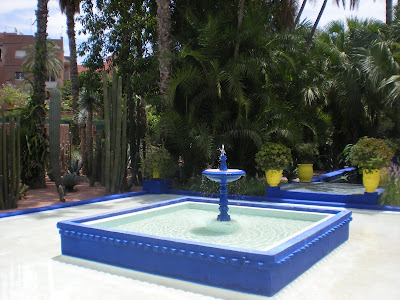 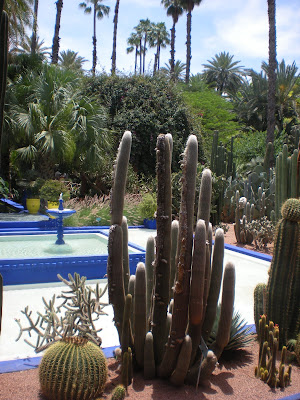 Next we headed to the Sadian Tombs. These tombs were hidden and undiscovered until they were found by someone fly overhead who noticed the gap in the buildings. I think we were a little jaded from the busy hubub of the souks and main square so I found the tubs a bit underwhelming, but the area around the tombs was interesting. We especially enjoyed the many crane nests perched high above the city and the large Moroccan gates around every corner. Plus I saw a few more minarets which I had now determined were no where near our Riad. 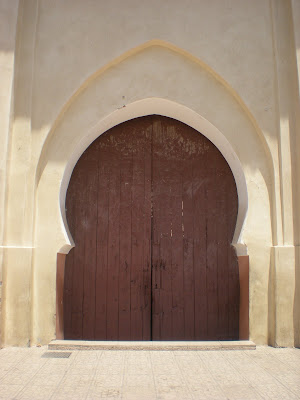 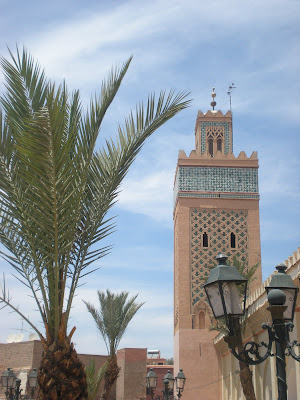 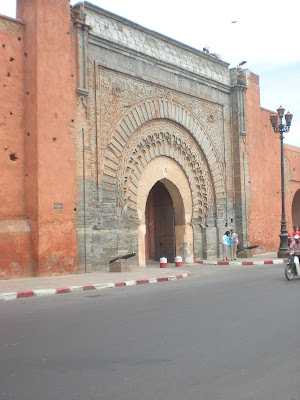 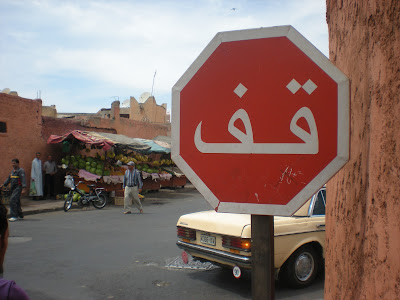 24 hours in Madrid
This entry was posted in Destinations and tagged Marrakesh, Morocco. Bookmark the permalink.