Our Ryanair flight from Madrid landed in early in Marrakesh, but we immediately got a ride to the coastal city of Essaouira. We had arranged for a taxi pick up in advance. (It cost about 50 euros split between the 3 of us, which was ideal since we couldn’t use the Marrakesh to Essaouira but because we were coming from the Airport and not the city center. For the ride back it was easy to locate the bus and buy one way tickets.) The ride in the cab was about two hours, and after two strait days of travel we were happy to get some well needed rest in the backseat. ﻿﻿

﻿﻿﻿As with the rest of our stay in Morocco, our Riad was in the middle of the Medina. The Medina is the old part of the city, surronded by walls and made up of narrow roads and passageways. Within the Medina, there are no cars, drinking is prohibited, and every alley is packed with street vendors and crowds. All the streets are narrow and winding and it’s very easy to get lost. We were able to locate our Riad with the help of a man we hired on the outside of the Medina. (Later in Marrakesh we would try this feat on our own with less success). 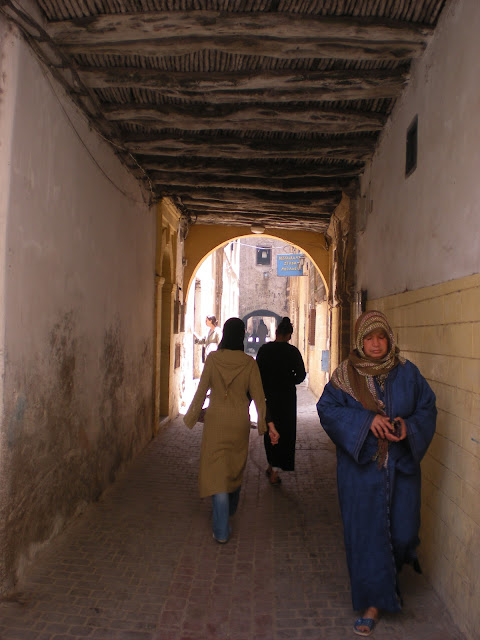 This was our first taste or Morrocco, and exploring the Medina was a mindblowing experience. At this point, I had only limited travel experience outside of Europe and South America and everything was new and different.  ﻿ 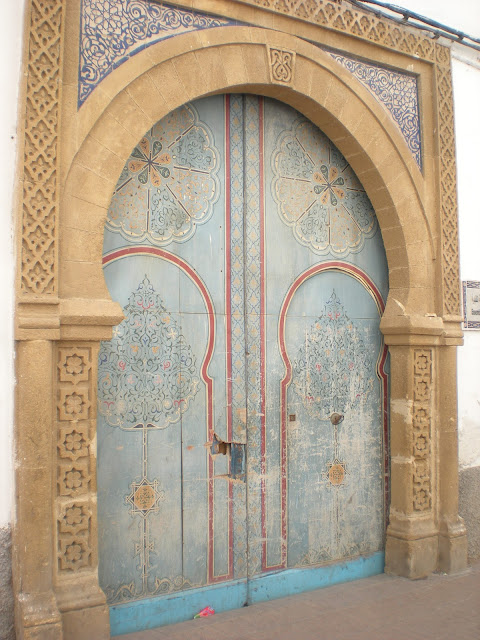 One of my favorite parts of Morocco was the heavily decorated doors within the Medina. Because the steets were so narrow, its hard to get great pictures…but they were beautiful.﻿﻿
﻿﻿﻿ 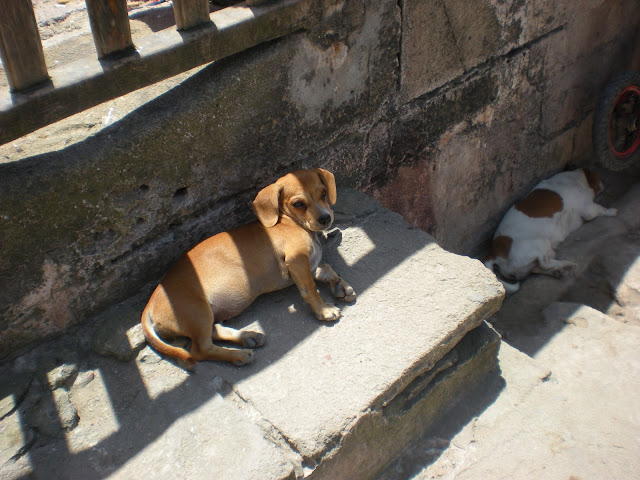 After leaving the Medina, we headed out to the nearby fisherman’s harbor. From here we had great views of both the Medina and the coast line. We also got a chance to see fishermen going about their everyday business of fishing, cleaning their catched and preparing for the food market. ﻿ 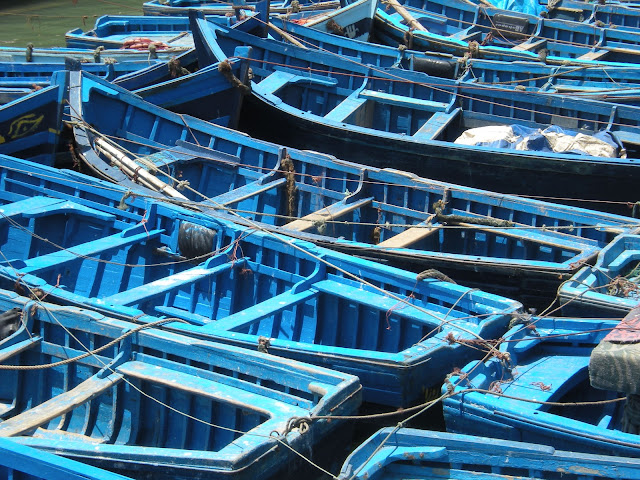 ﻿ After lunch, we arranged to have a camel ride down the beach. Little did I know how up closed and personal we would be with camels later on in the trip or I might have chosen to skip this particular ride… But, at the time it was my first camel experience so I was very gung ho. The beach was practically empty and the views from the dunes was gorgeous. 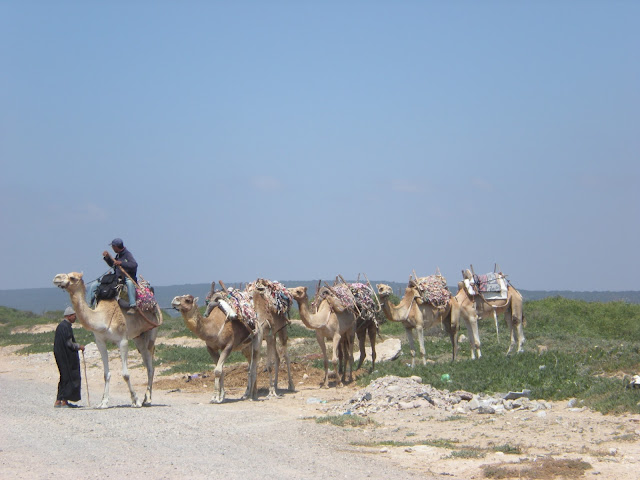 ﻿We ended the camel ride just in time to grab a quick drink (outside of the Medina of course) and watch the sunset over the Atlantic. Although the weather was not very warm, it was still a very clear day and the sunset was well worth watching. 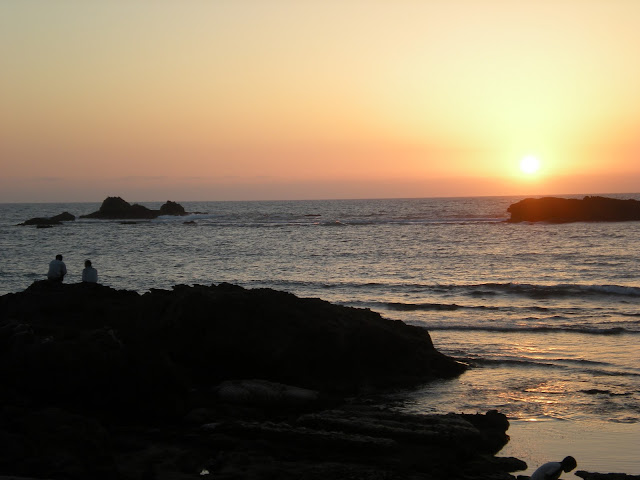 This entry was posted in Destinations and tagged Essaouira, Morocco. Bookmark the permalink.

2 Responses to Adventures in Essaouira