The next morning we took a bus from Athens to Cape Sunion to see the Temple of Poseidon, which is around 2,500 years old. The bus system was actually surprisingly uncomplicated. We had to take the metro to the bus terminal and then found the bus to Cape Sunion. The ride was about an hour and a half, and the bus would have been great had the seats reclined (still suffering that jet lag). 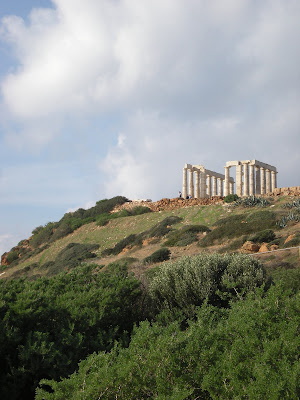 The ruin is on the edge of a cliff over the sea. Its a breathtaking site especially compared with the city background of the Athens ruins and I thought it was well worth the journey. 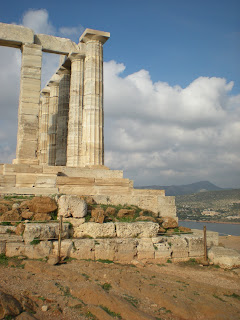 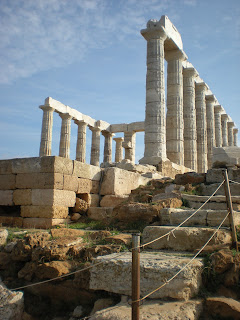 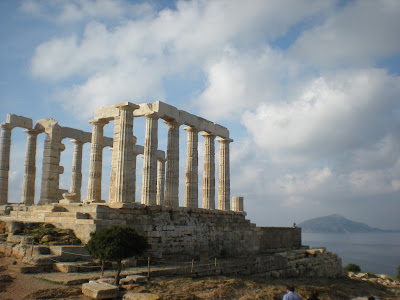 That afternoon, after returning to Athens we had lunch (and a caraffe of wine) in a cafe overlooking Ancient Agora at the base of the Parthenon.

Ancient Agora was once a market and temple in ancient Greece. There are ruins of this market, the temple and the houses in the area. The weather was nice again, so it was a nice area to walk around in for the afternoon.  There is also a museum with some of the statues found nearby.

The night was our last night in Athens, so we packed our bags and prepared for our flight to Istanbul the next day.

This entry was posted in Destinations and tagged Greece. Bookmark the permalink.