Adventure on the high (elevation) seas

There isn’t really  much to see in the city of Puno, Peru. Most tourists stay there overnight so that they can explore the many islands on Lake Titicaca, the lake the town sits on.  Lake Titicaca which is between Peru and Bolivia is the lake with the highest elevation in the world. In fact many people get what is known as elevation sickness while visiting this part of Peru.

To ward this off, many people drink Coco Tea which is made from the same leaves as the plant where cocaine comes from. Its not a drug, but its said to help stave off the elevation sickness and I’ve heard its very effective.

CP and I had booked an all day tour of two of the Islands on the lake. This required taking a very very long boat ride – I slept pretty much the entire way. However, despite the long boat ride, the trip was totally worth it. The islands are probably one of the coolest things I’ve ever seen.

The first stop were the man made reed Uros Islands. That’s right, man made. As in the people who live on the islands constructed them from the reeds living in the lake and those reeds root systems. The islands are surprisingly large (probably around several hundred feet diameter). Everything on the islands is made of reeds, the floor, the houses, the boats – everything. 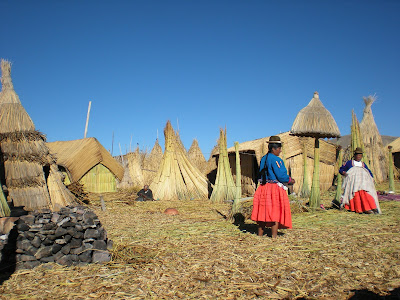 Although the islands are definitely touristy, they are still unbelievably cool. The islanders gave us a demonstration on how houses and islands are built using the reeds and even gave us a short ride on one of their boats. They also sold mini replicas of their boats and houses made of reeds.  These islands are located only about 30 minutes away from the town of Puno. Obviously given their small size and lack of resources, being close to a town is beneficial (if not essential).

After the Uros Islands, we headed out the Taquile Island which was several hours (on boat) from Puno. Taquile Island, if not as exciting as the Uros, is still very beautiful. The main town is located at the top of a very steep hill which you must climb immediately after getting off the boat. The island has no cars, so all the food and other island imports (and exports) for that matter, must be hand carried up and down the thousand steps leading to the water.

The island is also famous for its men’s apparel. Among other things, the hat worn by each man signifies if he is married or single depending on if the top is red or white. These hats are hand knit by the men of the island. You will see them all over the island, sitting around the town square knitting. Its an island full of Madame Defarges.

After lunch on the boat, and a hike around the island, it was time to make the two hour boat journey back to Puno. It was freezing in Puno, so the hostels hot showers were greatly appreciated. After that we went to dinner with a much recovered AF and bought our ongoing bus tickets for the next day. 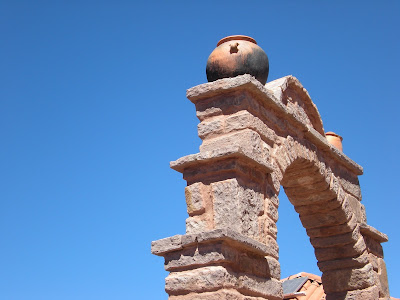 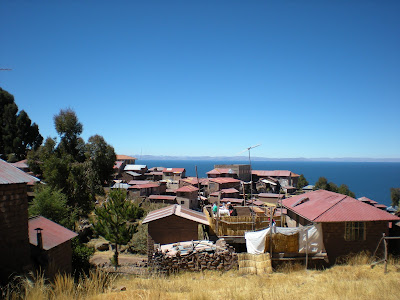 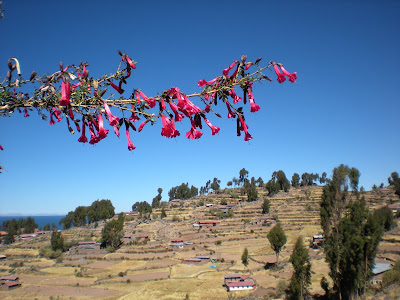 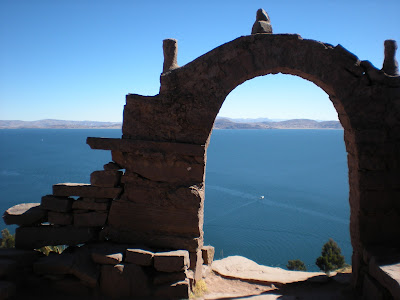 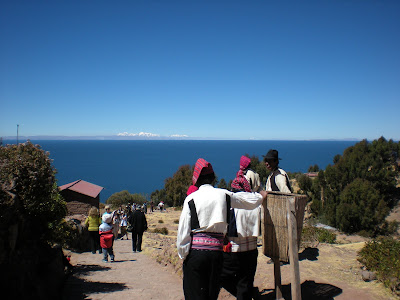 This entry was posted in Destinations and tagged Peru, Puno. Bookmark the permalink.

One Response to Adventure on the high (elevation) seas